April 25th, 2013 – Inuit Tapiriit Kanatami (ITK) and other Inuit plaintiffs in Canada and Greenland and non-Inuit plaintiffs represented by the Fur Institute of Canada (FIC), expressed disappointment today with the European Union General Court’s decision to rule against their case to annul the implementing measures of the EU seal ban.

The plaintiffs in this case lodged legal action against the EU Parliament, Council, and Commission in 2010 to strike down the implementing measures of the seal ban that came into effect in 2009. While a decision on an appeal for the main seal ban regulation is pending, the purpose of this separate action against the implementing measures was to seek a second option on terminating the main seal ban regulation.

“It’s been three years since we took this action against the so-called Inuit Exemption and it’s really disappointing to see that the EU General Court is not putting into serious question the validity of what we know is a false exemption that only pays political lip service to Inuit and does little to protect us,” stated Terry Audla, Canada’s national Inuit leader. “In fact, it’s quite shocking to read the General Court’s politically-slanted press release statement that ‘EU law protects the fundamental economic and social interests of Inuit communities’.

“The EU has no authority to speak on what is best for Inuit. We Inuit have been telling the EU all along that the ban is not good for us,” stated Audla. “But their colonial, holier-than-thou attitude toward us and their self-serving interests have not resulted in a fair or just process for Inuit”

As with the 1983 ban on “white coats” and “blue backs” which also claimed to exempt Inuit products, it is clear that the cultural, social and economical impacts of this ban are very significant.  “Coastal peoples, both Inuit and non-Inuit, know that seals and their products are key to maintaining viable communities,” states Rob Cahill, Executive Director of FIC.
“In addition to providing necessary income, the harvesting of seals also provides an ecosystem service by helping to achieve an acceptable fish/seal ratio. Ironically, the Estonian Parliament today passed legislation to reinstate a grey seal hunt to manage their populations”.

This decision negatively impacts the sealing industry, but also all industries that are relying on sustainable use of natural, abundant and renewable resources. “If we start to base a ban on subjective and arbitrary “moral” grounds, who will be targeted next? Will it be the fishing industry, the beef industry, the oil industry? This is a very dangerous precedent”, commented Rob Cahill.

“We are going to review in more detail the judgment that has been handed down and explore our options,” stated Audla. “We do have a right to appeal and have a two month period to decide on this option.”

FIC – Ottawa – April 25, 2013 –      The European General Court decision on the challenge led by Inuit Tapiriit Kanatami and Others, to annul the Implementing Regulation of the EU Seal Ban of 2009 will be handed down today, Thursday, April 25, 2013, in Luxembourg. Attached is an overview of the legal challenge and timeline, from September 2009 to today and fact sheets on sealing.

For questions on the legal court case itself, we kindly ask that you defer these questions to the two lead plaintiff organizations – Inuit Tapiriit Kanatami for Inuit related questions and the Fur Institute of Canada (FIC) for a non-Inuit perspective.

ITK and FIC will be issuing a joint press release following the Court’s decision and the media contacts for these organizations will be included in the press release. You will receive this tomorrow once the decision has been handed down and a  legal counsel has digested the written decision.

Needles to say, this is a very important decision.  If the Courts rule in our favour, it will effectively require the EU Seal Ban Regulation of 2009 to be withdrawn.  We would like to thank all those involved in this court action, with a special appreciation to Hendrik Viaene and Jan Bouckaert our lead Counsel from Stibbe & Associates.

You can download and read the following Fact Sheets on the issues here:

Thank you and regards,
Robert B. Cahill 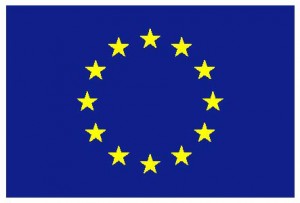