“The seal fishery provided continual work for ships carpenters and sail makers, blacksmiths, builders, riggers, fitting out and repairing vessels, building boats, making oars, gaffs and everything connected with the business. There was a round of continual employment throughout the winter. The only let-up was at Christmas when they would take three or four days off and sample one another’s Christmas cakes and Christmas stock.”
Captain Abram Kean in his 1935 book “Old and Young Ahead.”

Seal Fishery Background: A History, The Resource and A Natural Environment

In areas where renewable resources were scarce or uncertain, widely separated, and accessible only seasonally, settlers developed strategies geared to the exploitation of these resources throughout the year. The utilization pattern was normally woven into a seasonal round of activities. 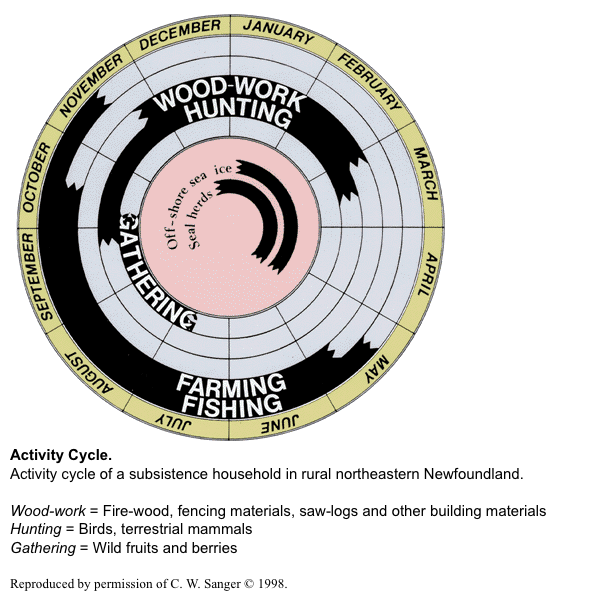 Under ideal conditions, each exploited resource complemented the others throughout the year. In the northern parts of Newfoundland there was usually a period of relative inactivity in spring, after woodswork had ceased and before the first appearance of the cod stocks. For settlers moving into the harbours and coves of coastal Labrador and northeastern Newfoundland during the 18th and 19th centuries, however, this period often became a time of intensive and commercially rewarding activity.

By late winter and early spring, this coast was blockaded by local and arctic ice in most years, and with the ice came harp seals.

The seals appeared for one to two weeks in late December and January as the herds migrated southwards from the Arctic, and again in late February and early March as they swam northward to give birth on the drifting pack-ice. 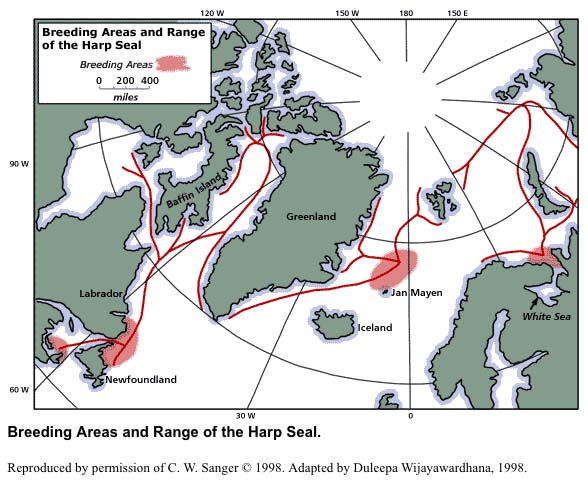 Pioneer settlers in the more northerly parts of Newfoundland quickly discovered that migrating harp seals could be caught in nets attached to shore as they swam south; this was called the landsmen seal fishery. Later, towards the end of the 18th century, the patches of whelped whitecoats became the focus of an annual spring seal hunt carried on in larger vessels. Seals constituted an additional and welcomed resource during a commercially quiet period in the traditional annual round. 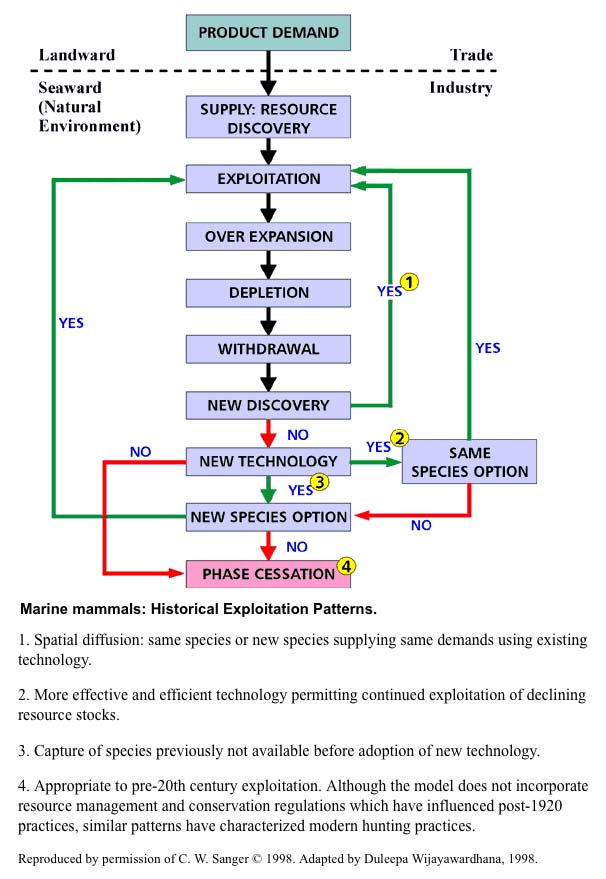 The Newfoundland and Labrador seal fishery evolved through overlapping phases. Each phase was characterized by the acceptance of new technology, which brought with it new strategies, techniques, and changes in patterns of financial investment and ownership. The number of sealers declined and different regions became involved.

In spite of new technology and other changes, catches of seals declined, and until recently, there were reductions in this resource base.

Every major infusion of technology was primarily associated with the sealers’ desire to improve their abilities to cope with the obstacles encountered when attempting to gain access to the seals. To understand the Newfoundland seal fishery, therefore, it is necessary to examine the main characteristics of the resource; and of the environment to which it has adapted, and into which the sealer must intrude.