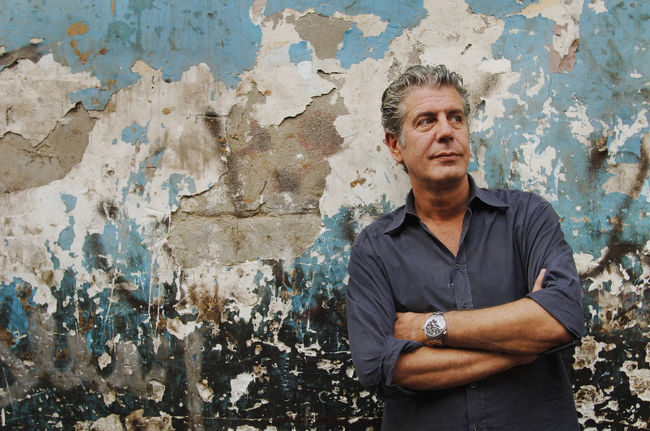 “To hold the entire Canadian seafood industry hostage over sustainable, absolutely necessary tribal practice is ill considered,” Anthony Bourdain tweeted Monday in response to a Humane Society petition. “I’m all for protecting seals, but a total ban dooms the indigenous people above the Arctic Circle to death or relocation.”

Bourdain said the chefs who have signed on to be part of the Chefs for Seals campaign had “well-meaning intentions.”   “But they are wrong,” he wrote, encouraging them to “visit the Inuit.”

Earlier this month, the Humane Society of the United States announced 42 chefs who have been named top new chefs by Food & Wine Magazine have signed on to be part of the campaign, which wants to bring attention to ending Canada’s seal hunt. As part of it, the chefs have agreed not to purchase any Canadian seafood. YouTube video and Twitter feeds captured below. Read full article here 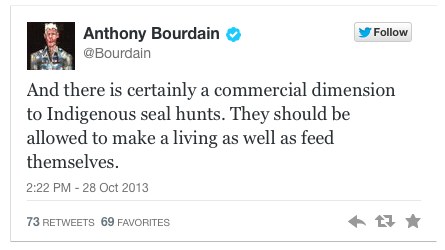 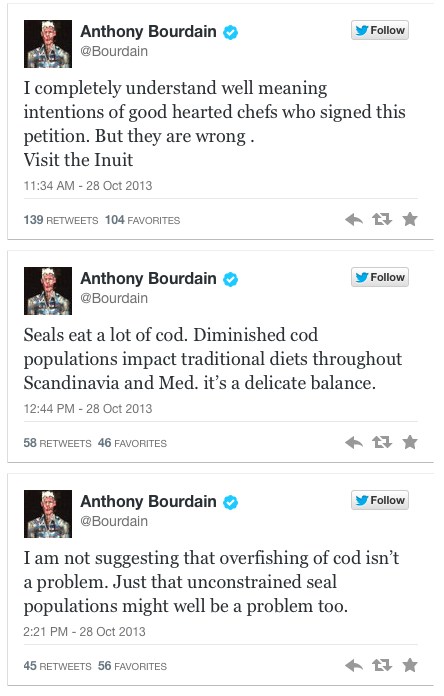