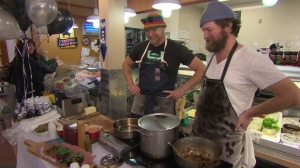 This past Saturday, December 6, Colemans supermarket in Mount Pearl, Newfoundland, partnered with Carino Processing to host chefs Jeremy Charles of Raymonds Restaurant and Todd Perrin of Mallard Cottage for a cooking demonstration to promote the culinary variations of serving cooked seal meat.   By all accounts hundreds  came out to sample the dishes, which included marinated seal loins and pasta seasoned with seal jerky, a unique departure for many local guests whose only experience eating seal meat is traditional flipper pie.  “It’s a beautiful, wild organic and sustainable protein that we have surrounding us,” said Charles, who along with Perrin regularly showcases seal meat on his restaurant menu.

“It’s a beautiful, wild organic and sustainable protein that we have surrounding us,”
Jeremy Charles

More on the event here from CBC’s Jamie Baker 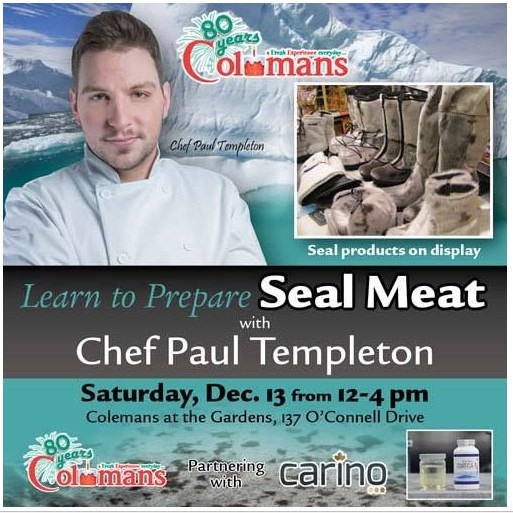 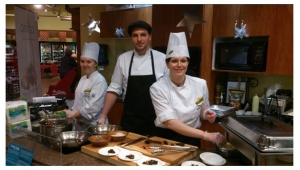