WTO advised it had no legal basis for ban

Home/News/WTO advised it had no legal basis for ban

WTO advised it had no legal basis for ban

Toronto – Canada –   January 8, 2014:  The National Post has two excellent articles regarding the debacle the WTO finds itself in over hyper hypocritical decisions to uphold a EU trade ban on seal product imports. First Kelly McParland states – “Europe is OK with killing seals, as long as it doesn’t happen in Canada”. In this article he writes: “In ordinary language, that means Canada’s seal hunt upsets Europeans, so the EU can discriminate against it, even though there’s no justice to its case. Ottawa notes, as it has for years, that European outrage at Canadian sealing is based on a panoply of myths and misinformation that anti-sealing zealots continue to peddle because it suits their cause, irrespective of the truth.”

John Ivison writes in an opinion article that the WTO’s own legal team had no issue with Canada’s appeal on a European seal product import ban. Mr. Ivison notes the following blatant hypocrisy:

“When the European Union’s politicians looked to bring in a ban on imported seal products in 2009, it sought the opinion of its own legal services division.

Those deliberations have never been made public – until now. The legal conclusion, obtained by the National Post, was that there was no basis for the ban under the EU’s common competition rules. Neither could the lawyers find any conservation or agricultural articles in the EC Treaty that justified the ban. “The Commission has constantly indicated that there are no reasons to be concerned about the conservation status of seals,” said the 2009 legal opinion, which found there is no ‘‘Article of the EC Treaty could be used as a legal basis for the adoption of the proposal.” 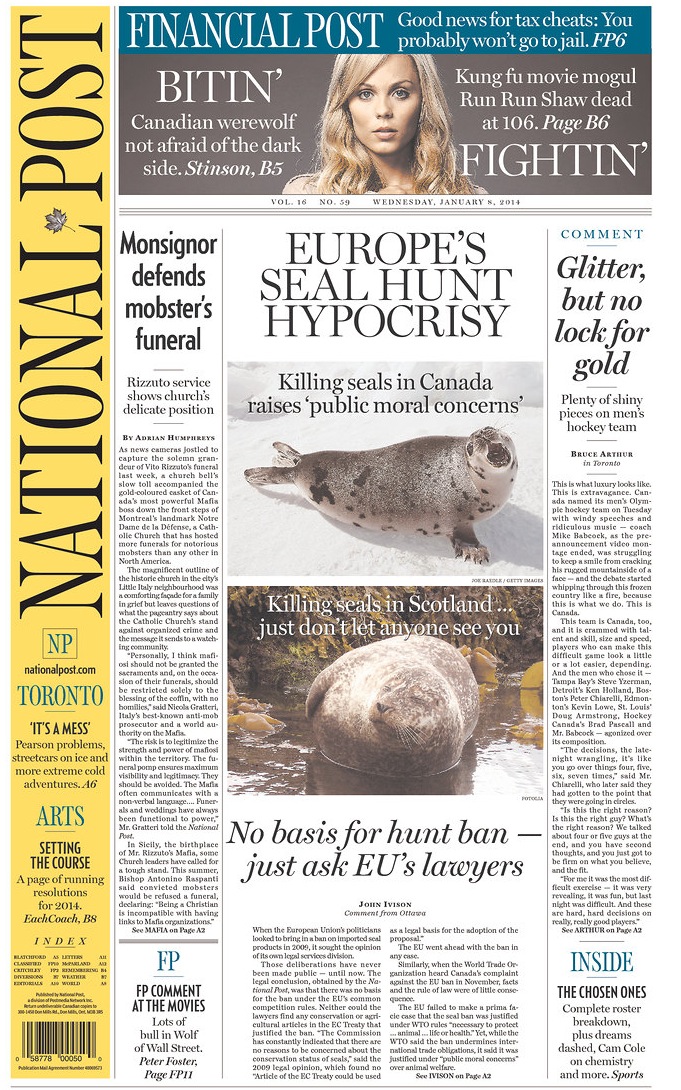