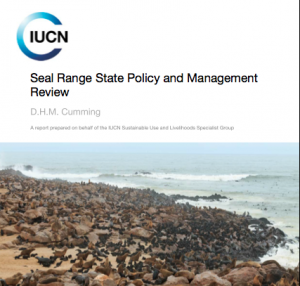 Newfoundlander who with other research scientists helped publish “Seal Range State Policy and Management Review” which examines the facts surrounding seal harvests around the world and the effect, if any, they have on seal populations.

Shane Mahoney was recently interviewed on the CBC radio show The Broadcast and those interviews can be heard in two parts. Thanks to CBC for the two podcasts.

PART TWO: What is the future of the seal hunt? A conversation with Shane Mahoney

Mahoney has over 30 years experience working primarily as a scientist, wildlife manager, policy innovator and strategic advisor; but also as a filmmaker, writer, narrator, tv and radio personality, and lecturer – all within the scope of the greater conservation world, encompassing both the scientific and professional wildlife communities, as well as NGOs and the hunting and non-hunting public. Shane Mahoney’s profile and company profile can be found on Conservation Visions.