Opinion: Through CETA, European Seal ban should be scrapped

Opinion: Through CETA, European Seal ban should be scrapped

Below is a recent letter from Jim Winter of St. John’s to The Hill Times, an Ottawa magazine on all things political in Canada. Jim writes about the missed opportunity by our leaders to address and abolish the unfair import of seal products and ban imposed by the EU parliament

I understand that many Canadians approve of the CETA free trade agreement as the reduction in tariffs has the potential to increase Canadian exports to Europe and thus improve both our GDP and balance of trade figures and this would be a good thing.

I also understand that many Canadians are against the CETA agreement because of the fact that should an international corporation deem that internal Canadian laws inhibit their profits they can appeal to an unelected tribunal to have those Canadian laws changed or demand a financial penalty from Canada and thus influence our sovereignty.

What I do not understand is why the Canadian bureaucrats who negotiated  CETA on behalf of both the Harper and Trudeau governments left off the table the ultimate tariff: a trade ban on certain Canadian products. A total ban on Canadian seal products. A ban based – as stated in the EU Parliament and many of the member states’ Parliaments – on protecting the morals of EU citizens from those immoral Canadians. These laws codify Canadians – not specific Canadians but simply Canadians – as an immoral people based upon the propaganda of the multi million dollar American headquartered animal rights corporations who own European politicians. These laws are not based on protecting endangered species (we have about 7 1/2 million Harp seals) as none of the seals Canadians kill are, nor have ever been, on any reputable list of endangered or even threatened species. Canadian laws and quotas ensure a humane sustainable hunt that provides income to families in many parts of our country. The World Trade Organisation (an unelected tribunal) confirmed to the Canadian Government that these European laws were in violation of WTO rules but would stand to protect the morals of European citizens.

I understand that many will argue that CETA is a case of “the greater good”. But as most philosophers and political scientists will tell you rarely, if ever, has any good, let alone a greater good, come from decisions based on this concept.

It would appear that Prime Minister Trudeau accepts the immorality of Canadians as legislated by EU politicians and confirmed by the WTO as he has signed off on the CETA agreement as it stands.

However, it is up to the ladies and gentlemen of both houses of our Parliament to ratify CETA through their votes before it can be law. Their votes will tell Canadian citizens if they accept or do not accept the condemnation by EU politicians of Canadians as an immoral people.

I suggest to the members of both houses of Parliament that they vote to send the CETA agreement back to the Europeans – like Wallonia did – and demand the removal of the seal ban and in doing so remove the EU condemnation of Canadian citizens as an immoral people.

And then consider CETA on its merits as a financial agreement that could benefit Canadian business and tax payers: or not. 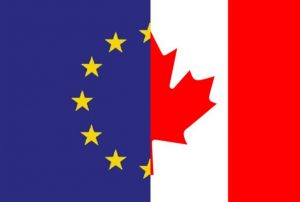